were provided with items that were lacking to help ease everyday stressors.

either donated items or volunteered time to help fill the gaps for our community members.

put into organizing and putting together gap items.

About Our Gap Program

Gap provides items that fall through the “gap” of services offered in the community. Examples of needs include:

Needs such as utilities, rent assistance, clothing, and food covered by other agencies would not qualify. Hotel stays are also excluded. Needs are considered based on individual situations and limited to twice per year per family.

About Our Pray-ers Program

Pray-ers gathers together a weekly list of client and volunteer prayer requests that are emailed to volunteers who pray for these needs.

Send in a Prayer Request 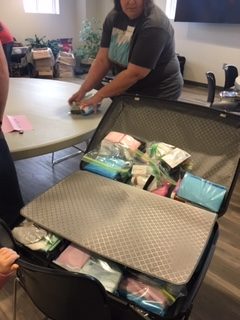 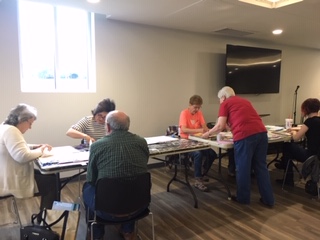 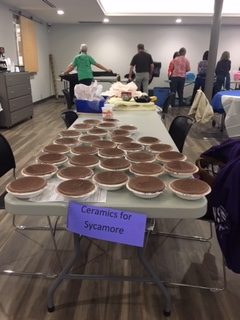 To respect our community member's privacy we are not using their real names.

Wendy and her adult developmentally disabled son, Sam, moved here from New York to find more affordable housing. Initially, they were able to rent a home with a couple to save money, but eventually, the arrangement ended, leaving them homeless and living in their car. We had the privilege of meeting them at the point that Sam was about to start his first job. He needed a uniform but did not have the money to purchase it. We met them at the store where he enthusiastically picked out a pair of size 13 sneakers that he thought would be fine. However, since they were the bottom of the line sneakers, and he was a large man, we selected a better-quality shoe that had straps which were easier for him to use. He thought they were too expensive, but we assured him they were the best choice. Trying them on, he broke into a huge smile saying that they were so comfortable. This was very important because he would be on his feet ten hours a day. He and his mother were most appreciative of the ministry for providing his uniform so he could start work.

Help to make a difference in our community and to the people who live in it!